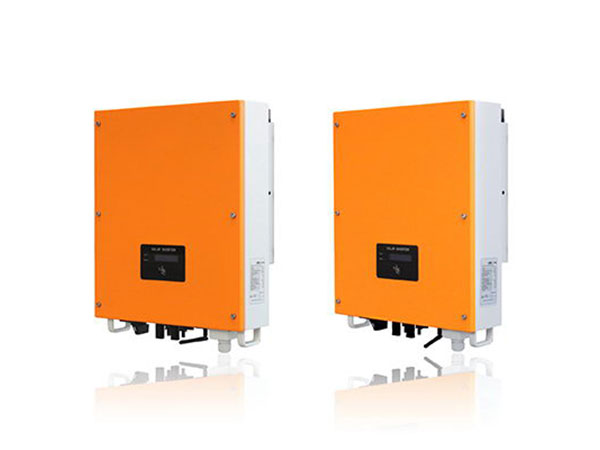 In Figure 1, if the bridge arm 1 is a capacitor branch and the bridge arm 2 is a power tube, it constitutes a single-phase half-bridge inverter circuit. The driving logic is shown in Figure 3, that is, the upper and lower tubes of the bridge arm 2 are turned on at high frequency. Let the parasitic parameters

you can get the half-bridge topology as shown in Figure 2. During the entire working cycle, the value of vCM+vCM-DM is always maintained at Udc/2 unchanged, and the circuit achieves leakage current suppression through path C.

NPC three-level topological circuit is shown as in Figure 6. Adopting a unipolar SPWM strategy, S1 and S2 are turned on during the power transmission phase of the positive half cycle of the grid;

In the negative half cycle of the power grid, S3 and S4 are turned on; in the freewheeling phase, S2 and S3 are turned on, and current flows through D1 and S2 or S3 and D2. The specific driving logic is shown in Figure 7.

Similar to the analysis of the half-bridge inverter, the levels of each level of the NPC three-level topology can be obtained. During the entire working cycle, the value of vCM+vCM-DM remains unchanged at Udc/2, that is, the high-frequency leakage current is eliminated through path C.

The ANPC half-bridge topology is shown in Figure 9. This topology can solve the problem of uneven distribution of 3L-NPC losses. This topology is evolved on the basis of the traditional 3L-NPC topology, using active devices S5 and S6 as the box position tube. Since the membership tube uses bidirectional switching devices, when the current flows in the forward direction, the 3L-ANPC half-bridge topology has two forward freewheeling paths composed of S5 parasitic diode-S2 and S6-S3 parasitic diode respectively; when the current flows in the negative direction, there will also be two freewheeling paths, as shown in Figure 10. For the 3L-ANPC topology, different SPWM modulation strategies can be designed according to different freewheeling paths to realize freewheeling methods such as parallel freewheeling or alternating freewheeling. The principle of leakage current suppression of this topology is the same as that of 3L-NPC. The suppression path C is adopted, which theoretically completely eliminates the leakage current and solves the problem of uneven loss distribution, making the ANPC topology suitable for occasions with higher power levels.

The 3L-TNPC topology is a patent of the German Conergy company. As shown in Figure 11, this topology uses two switch tubes S3 and S4 and their anti-parallel diodes to achieve the midpoint registration function.

The 3L-SNPC half-bridge topology is shown in Figure 12. On the basis of the traditional 3L-NPC topology, this topology adds a four-quadrant switch between the capacitor bridge arm and the switch tube bridge arm. Due to the addition of a membership branch, the 3L-SNPC half-bridge topology has two positive freewheeling paths, D1-S2 and S5 (parasitic diode)-S6, and two negative freewheeling paths, S3-D2 and S5-S6 (body diode). The value of vCM+vCM-DM is always maintained at Udc/2, so this topology suppresses high-frequency leakage current through path C.