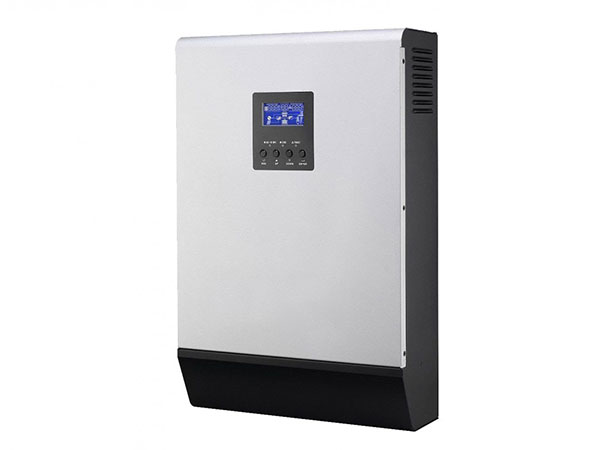 In small and medium power applications, half-bridge circuits are widely used due to their simple structure and few power devices. As current inverters mostly use the current instantaneous value control technology, the current instantaneous value control accuracy is high, and the system dynamic response is good. However, in the current-type instantaneous value control half-bridge inverter, the problem of unbalanced DC side capacitor voltage is more serious, which will cause the midpoint voltage of the DC side voltage divider capacitor to drift, which will cause the inverter output voltage and current waveforms to be distorted, and even make the system out of control. Take the three-level midpoint registration type half-bridge inverter (3L-NPC) circuit as an example to introduce the equalization control of the DC side capacitor voltage. First, the equivalent circuit of the 3L-NPC half-bridge inverter is derived, and the relationship between the DC component of the capacitor current and the capacitor voltage difference is analyzed from the frequency domain and the time domain. Based on this, the control strategy of the capacitor midpoint voltage balance is explored.

Among them, the switch network function Sx is a time-varying function that changes with the switch state.

According to the above definition, combined with specific inverter topology for specific analysis, the 3L-NPC half-bridge inverter is shown in Figure 2. In the figure, u1 and u2 are the instantaneous voltages of capacitors Cdc1 and Cdc2 respectively; Uinv is the voltage between the midpoint AO of the bridge arm; i1 and i2 are the currents of the capacitors Cdc1 and Cdc2 respectively; ix is the current flowing out of the midpoint of the capacitor bridge arm; iinv is the current on the inverter side; io is the grid current after filtering, that is, the load current; Zeq is the equivalent impedance at the AO end of the midpoint of the bridge arm.

In order to make the switch part of the inverter bridge arm equivalent to a two-port switch network, first define the state Si of the switch tube, the current ix flowing out of the midpoint of the capacitor bridge arm, and the instantaneous voltage difference between the two capacitors vd:

If the input voltage Udc has approximately no fluctuations, and the DC side capacitance Cdc1=Cdc2=C, then there are:

According to the working characteristics of the three levels of the 3L-NPC topology, the corresponding relationship between the output voltages uinv and ix of the bridge arm and the state of different switch combinations can be obtained, as shown in Table 1.

According to formula (1.9), the equivalent circuit of 3L-NPC half-bridge inverter can be obtained, as shown in Figure 3, iinv can be expressed as:

It should be pointed out that the inverter equivalent circuit derivation process does not consider the specific PWM modulation strategy. Although the 3L-NPC half-bridge inverter has a variety of modulation techniques, such as carrier stacking, carrier overlapping, etc., the working characteristics of the three levels (+1, 0, -1) of 3L-NPC are fixed. Therefore, the equivalent circuit based on the switching function is general, and the analysis results are applicable to various modulation techniques.