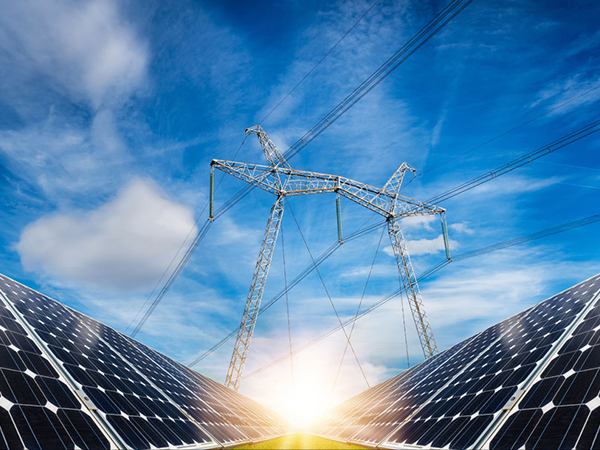 Centralized photovoltaic power generation system is the earliest form of practical use [Figure 1.1 (a)], and its capacity is generally tens to hundreds of kilowatts, or even megawatts and above. In this system, a large number of photovoltaic modules are connected in series to a higher voltage level, and then connected to a certain capacity through a diode in parallel, and then connected to the grid through a centralized inverter. The main advantage of the centralized structure is the single-stage inverter topology, which has high efficiency. However, there are also problems such as low utilization rate of a single photovoltaic array, poor system anti-local shadow ability and difficult maintenance. This centralized structure is generally used in large-capacity ground photovoltaic power stations, building integrated photovoltaic systems based on roofs and curtain walls of large buildings, and so on.

In view of the mismatch loss of multiple battery strings in the centralized structure, string and multi-string systems have emerged, as shown in Figure 1.1 (b) and (c) respectively. Each string has an independent maximum power point tracking (MPPT) function, among which the conventional string structure system is independent, which is more suitable for low-power household photovoltaic roofs; the multi-string structure adopts a two-stage structure, the front stage is easy to expand, and it is suitable for installation in several different positions on a power plant or building. This system still has the following problems in practical applications: ① Although the maximum power point tracking of each battery string solves the mismatch loss between the strings, it is difficult to ensure that the battery modules in each string run at the maximum power point; ② System maintenance is still difficult.

The AC modular system [Figure 1.1(d)] integrates a grid-connected inverter with MPPT function for each photovoltaic module, and then a large number of AC modules are connected in parallel to form the system. The advantages of this configuration method are that it can ensure that each photovoltaic module works at its maximum power point, has strong resistance to partial shadows and component electrical parameter mismatches, is easy to expand, supports plug-and-play and hot-swappable, and is easy to repair and maintain. However, the conversion efficiency of a single machine is low, and there are problems such as complex connection lines, high cost, and large loss when forming a high-power system.