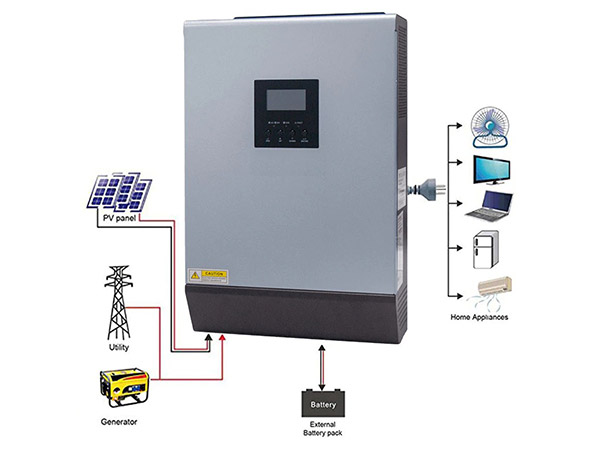 For current control, the first consideration is its stability. When the control delay is not considered, the open-loop transfer function of the system shown in Figure 1 is

Taking into account the digital control delay, the open-loop transfer function of the system shown in Figure 2 is

Figure 4 shows the open-loop Bode plots before and after current regulator compensation when the digital control delay (Td=Ts) is taken into account. Compared to Figure 3, it can be seen from the dashed-dotted line in Figure 4 that the digitally controlled delay results in a significant reduction in phase and crosses the phase curve through -180°. In this case, the additional current regulator must ensure that the -180° phase crossover frequency is greater than the 0dB amplitude crossover frequency, otherwise the closed-loop system is unstable. As shown by the solid line in Figure 4, when using the same PI regulator as in Figure 3, although the system is still stable, the small phase and amplitude margin means that the system has large overshoot and severe oscillation during the transient adjustment process. For this reason, it is necessary to design the PI regulator parameters reasonably. First, within the system bandwidth, equation (1.2) can be simplified as

Substituting the cutoff frequency into equation (1.5), the expression of phase margin PM can be obtained as

Substituting the crossover frequency into Equation (1.4), the expression of the amplitude margin GM can be obtained as

Furthermore, according to equations (1.6) to (1.9) and the expected bandwidth and stability margin, the required regulator parameter kp can be selected. The selection of the integral coefficient mainly considers reducing the steady-state error. After the initial selection of parameters is completed, the final calibration can be carried out.